IRSYAD AL-FATWA SERIES RAMADHAN EDITION 109: THE FAST AND FIDYAH FOR A DECEASED WHO SKIPPED A YEAR 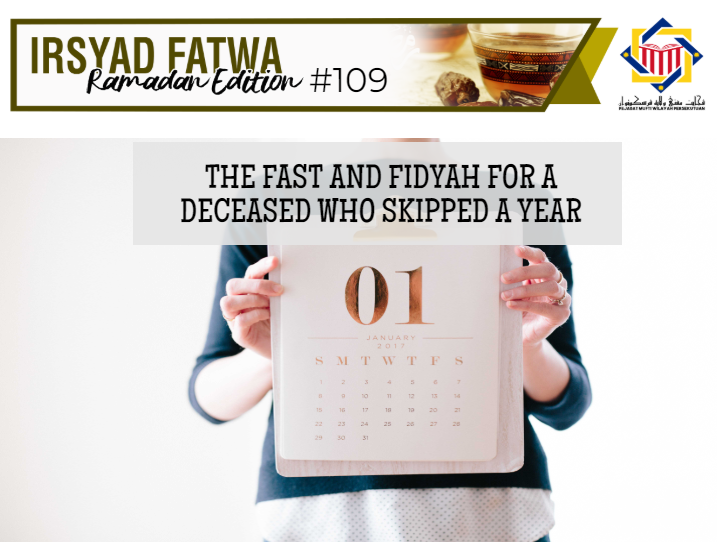 It is permissible for the heir to replace the 2 remaining days for the year 1438 H according to the general permissibility on the matter. However, fidyah is wajib which is a mudd for each missed day of fasting because the deceased skipped a year in replacing the fast. It is stated in al-Mu`tamad fi al-Fiqh al-Syafie (2/202) by Syeikh Muhammad al-Zuhaili:

“If it is obligated for a person to fast and he missed his fast until one Ramadhan passes, then he has to replace his fast before the start of another Ramadhan, then he dies, thus, two mudd (of the staple food) is obligated on him from his inheritance; one mudd for missing his fast and one mudd for delaying replacing the fast. If his heir fast on his behalf (then the fast is sufficient) and only the fidyah for the delay is wajib, the same if he is still alive; replacing the fast and fidyah is wajib.”