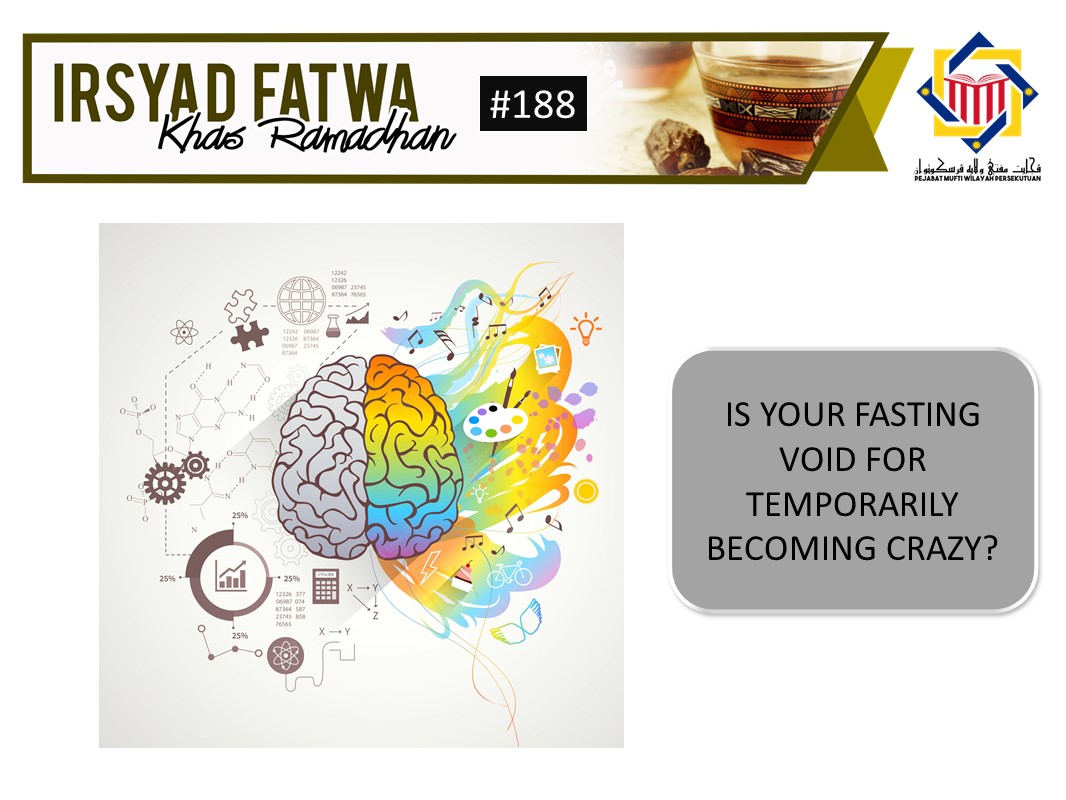 Assalamualaikum Ustaz, is it considered invalidating a fast if a person becomes insane in a short period of time? For example, he intended to fast in the morning during sahur but went insane in the afternoon until evening.

Summary of the Answer

A person's fasting status is void if he or she is insane for a short period during the day, whether during Ramadan or not. This is because the obligation to fast is lifted from that person when he goes insane as a result of mental illness.

Description of the Answer

When the month of Ramadan arrives, we as Muslims are determined to strive for fasting perfection. However, there are times when menstrual bleeding, childbirth, insanity, and other factors interfere with the fast's perfection.

Let us consider a narration narrated in Sunan Abi Daud in which Ali RA narrated that the Prophet SAW said :

Meaning: Unrecorded sins and rewards fall into three categories: people who sleep until he wakes up, children until he has wet dreams (baligh), and insane people until he comes to their senses.[1]Narrated by Abu Daud

A person who loses his mind, according to the hadith above, is exempt from the obligation of fasting. But what if the insanity is only temporary or only lasted a short time? In this regard, Imam 'Abd al-Hamid al-Syarawani stated:

Meaning: Fasting is therefore invalid for insane people and children because they do not intend to fast.[2]

Meaning: Sanity, then the fasting person must be sane, tamyiz throughout the day. If he becomes insane even for a brief moment, his fast is null and void.[3]

Based on the preceding discussion, we can conclude that the ruling of fasting for a person who is insane for a short period of time during the day, whether during Ramadan or not, is null and void. This is because the obligation to fast is lifted from him when he is insane as a result of a mental breakdown. As a result, the fast is null and void for anyone who loses his mind, even temporarily while fasting.