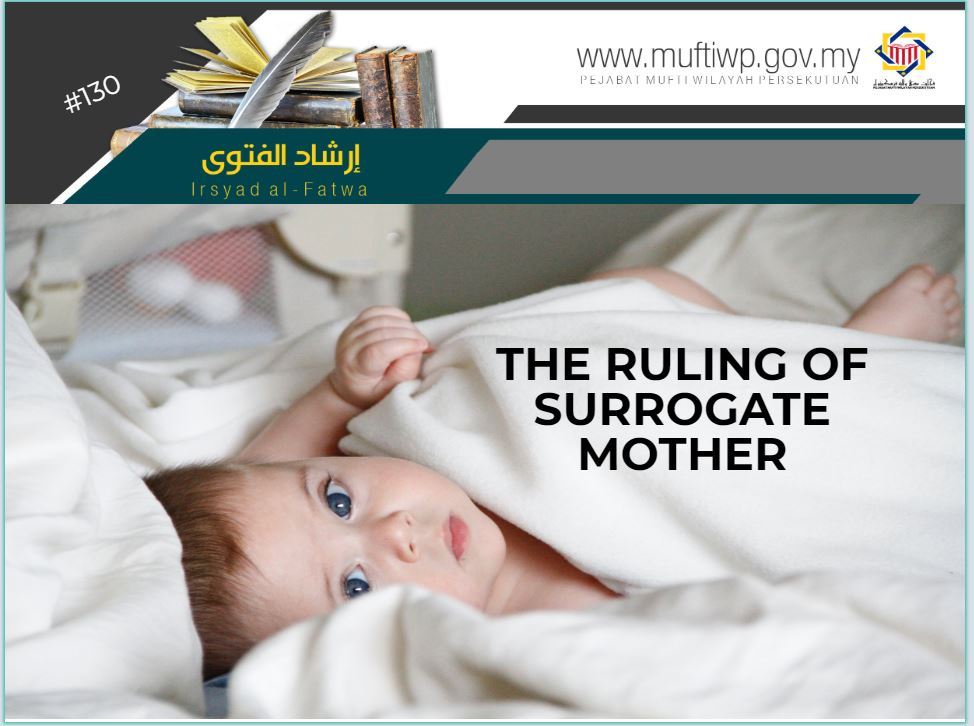 What is the ruling of using surrogate mother as an effort to get a child for husband and wife that are having problems to conceive?

It is undeniable that one of the purposes of marriage is to be able to have children, to continue the lineage and future generations. Currently, there are numerous modern medical methods for couples that are having difficulty to conceive due to several health factors or others.

One of the methods is through surrogate mother, where the sperm and ovum of the couple are extracted and fertilized in a lab before transferring it to the womb of another woman. The usual practice is to pay a certain amount to ‘rent’ the womb of the other woman.

The Ruling of using Surrogate Mother to Conceive

The surrogate mother is a method used and proven to be effective in conceiving a child. However, what is Islam’s perspective regarding this issue? Is this method in accordance with Islamic law?

The five methods stated above are prohibited by the consensus of scholars.

“As for renting of Womb, it is ruled as PROHIBITED by Islamic law. Islamic Research Institute issued decision number 1 on 29th March 2001 that prohibits womb renting. Contemporary fiqh scholars agreed on its prohibition. One of the reasons is the inability to identify who is the mother of the child, for there is a third party (the owner of the womb rented). This leads to the question of who is the rightful mother of the child? Is it the woman whose ovum is the start of the development of the fetus until a complete child is formed, or the woman whose womb is the place where all of the fetal development takes place until it forms a complete child? This huge dispute and debate contradict the purpose and meaning behind Islam’s commandments that celebrates stability, peace and removing doubts or limiting them.”

Local fatwa institutions also issued their fatwa regarding this issue. Among the institutions that issued the prohibition of the surrogate mother are:

Reviewing this issue, the ruling of prohibition of the surrogate mother is based on one of the Purposes of Syariah which is: hifz al-Nasl (to protect the lineage).

If the surrogate mother is permitted, it would surely lead to confusion of the child’s lineage, identity and would even lead to an even bigger dispute and enmity if everyone claims that the child is theirs.

Thus, we would like to emphasize that using a surrogate mother is PROHIBITED.

May this explanation give an understanding regarding the rulings of using a surrogate mother. Wallahua’lam.