IRSYAD AL-FATWA SERIES 127: THE RULING OF DRAWING OR ILLUSTRATING THE PROPHETS’ WIVES 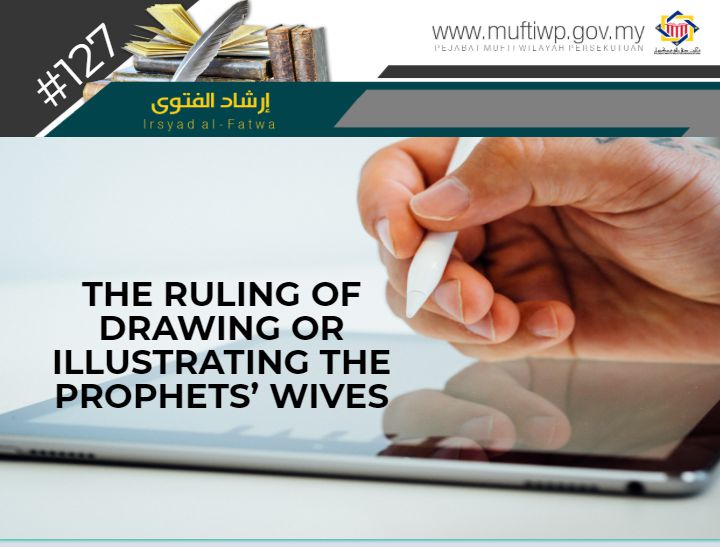 What is the ruling for illustrating or drawing the wives of the prophets?

In our time and age, these stories are no longer being told to young children directly from the Quran, but through other methods. The advancement of technology enables us to feature these stories as an animation or drawings. However, what is the perspective of Islam in the issue of drawing or illustrating the wives of previous prophets?

The Ruling of Drawings or Animations

Citing the opinion of Syeikh Dr Yusuf al-Qaradhawi, he said: “The ruling for drawing living creatures, such as humans and animals, there is a khilaf (differing opinions) between the scholars. The majority of scholars said that it is prohibited while some scholars ruled it permissible. Whatever it is, the usage of drawings in mass media for the purpose of dakwah and education is not included in what is prohibited, and even are encouraged by syara’, if the medium is important in delivering dakwah or beneficial knowledge to mankind. However, pictures or drawings that boost immoral behaviours, tyranny and inappropriate images are prohibited.”

Next, he gave several justifications for his opinion and the summary of them are as follows:

Syeikh ‘Atiyah Saqar, who is a former Chairman of Lajnah Fatwa at al-Azhar al-Syarif discusses this issue in his book, Ahasin al-Kalam fi al-Fatawa wa al-Ahkam (page 156-158). He stated that the act is prohibited for the following reasons:

This fatwa supports the fatwa issued by the previous fatwa authority bodies. Some of the bodies are:

The same is prohibited for the imitation or impersonation of the usul (lineage) and furu’ (offspring), wives and companions of the Prophet PBUH. Regarding the wisdom from the life of the prophets, how can we take lessons from the acting of a mere human, compared to the character of a prophet? Who would accept the acting of an idiot, gambler, drunkard, and immoral people? They are the ones to act the character of the prophets and companions?” Refer Ahasin al-Kalam fi al-Fatawa wa al-Ahkam(1/156-158)

We should avoid drawing or sketching the wives of the prophets for the following reasons:

May this explanation give us understanding and guidance from Allah SWT.