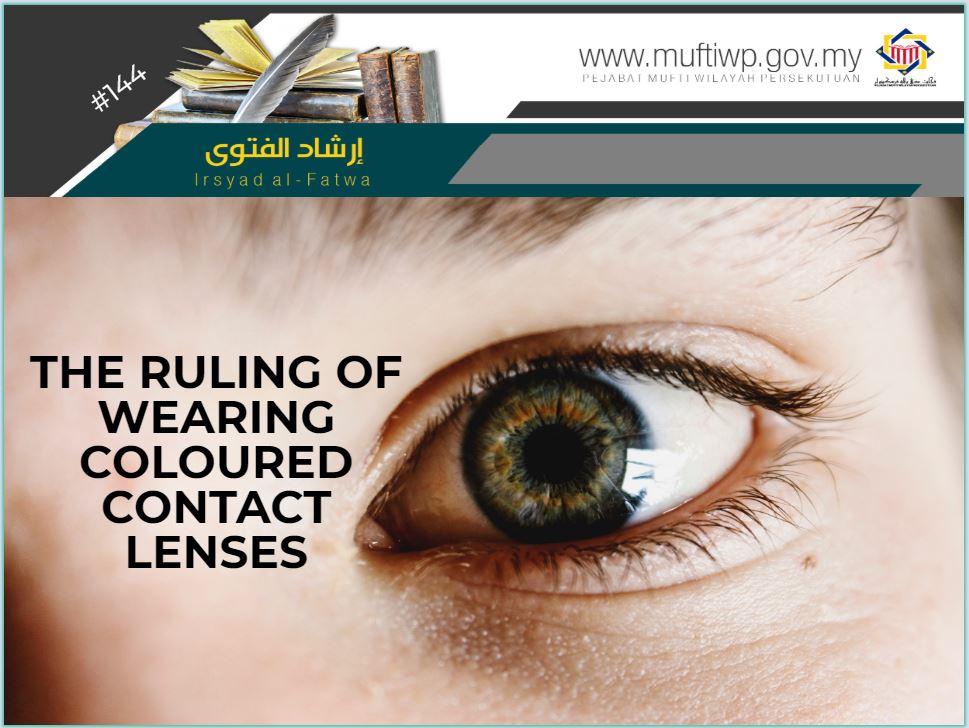 What is the ruling for a woman to wear coloured contact lenses?

According to our analysis, this issue can be concluded as the following:

“Say, "Who has forbidden the adornment of Allah which He has produced for His servants and the good [lawful] things of provision?" Say, "They are for those who believe during the worldly life [but] exclusively for them on the Day of Resurrection." Thus, do We detail the verses for a people who know.”

Al-Imam al-Syaukani Rahimahullah explains that the adornment in the above verse meant anything that are used as an adornment, whether on the body or the clothes or others, from the permissible natural resources such as diamonds, other precious stones or others. [2]

Since the above verse uses the general term of adornment, the scholars have concluded that the ruling of wearing coloured or regular contact lenses is permissible on the conditions set by syarak and they are as the following:

According to the above discussion, if the purpose of wearing contact lenses is due to medical purposes or a necessity, then it is permissible whether the contact lenses are coloured or not.

If it is worn as an adornment, the original ruling for it is permissible on the conditions stated above and the ruling could change into a prohibition according to the situation of why it is worn.

Even though the original ruling for it is permissible, we are inclined towards the scholars’ opinion that state that it is best to not wear coloured contact lenses to avoid fitnah, such as deception and excessive spending. Wallahua’lam.