IRSYAD FATWA SERIES 40: KAFFARAH PRAYER AND REPLACING PRAYER ON THE LAST FRIDAY OF RAMADHAN (AN ANSWER TO A CLAIMED HADITH) 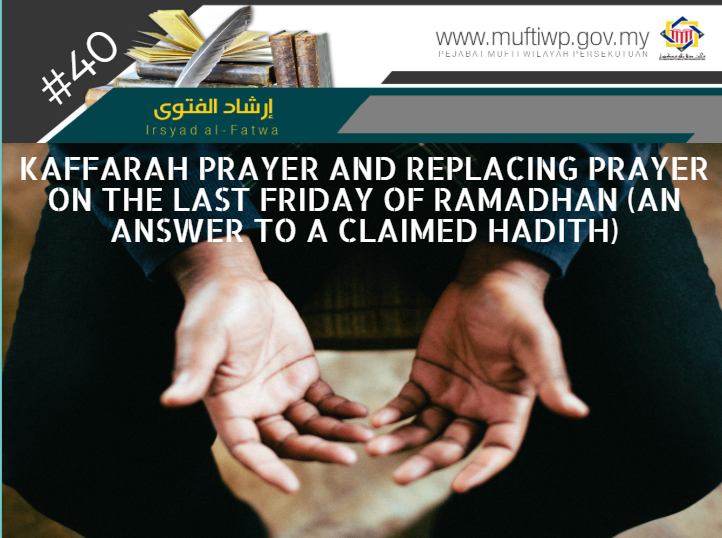 There was a viral issue regarding a statement made where it states that there was a hadith on kaffarah prayer and the reward of replacing (qadha) prayers on the last Friday of Ramadhan as the same as replacing prayers for 400 years. Is this true?

My answer is as the following:

Lastly, our late teacher Fadilatul Syeikh al-Allamah Abdul Qadir ar-Arnauth used to teach us that the first characteristic that indicates that a hadith is a fake one is those highlighting excessive, illogical rewards, and the rewards surpass the rewards of obligatory worships.

May Allah SWT protect us and guide us from the fitnah of believing and following fake hadith.