IRSYAD AL-FATWA SERIES 258: THE RULING OF CIRCUMCISION BY A NON-MUSLIM DOCTOR 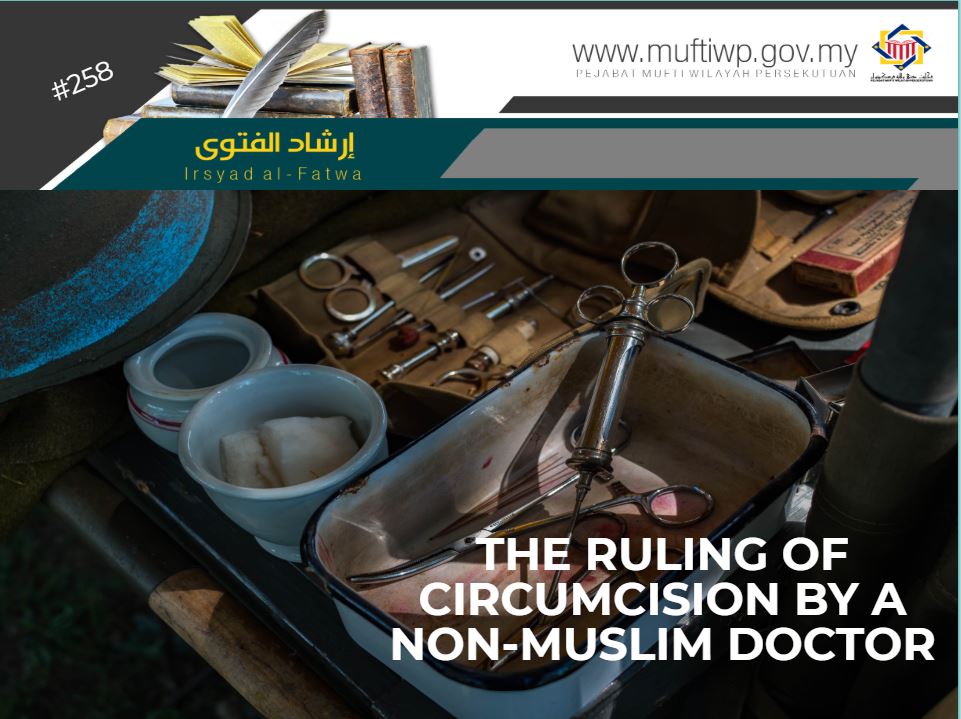 What is the Islamic ruling regarding my child’s circumcision since it was done by a non-Muslim doctor?

First, circumcision is an act of worship that is sanctioned in Islam.

Circumcision means to surgically remove the foreskin, the tissue covering the head of the penis for man. While for woman it’s the removal of the outer layer of the clitoris.

Among the evidences that states the sanctioning of circumcision are:

“Then We revealed to you, [O Muhammad], to follow the religion of Abraham, inclining toward truth; and he was not of those who associate with Allah.”

Followed by a narration by Abu Hurairah RA:

From Allah’s statement and the hadith above, it is commanded to follow the things that are commanded to the Prophet Abraham AS.

“Five are the acts of fitra: circumcision, removing the pubes, clipping the moustache, cutting the nails, plucking the hair under the armpits.”

Second, the issue of whether children’s private parts are considered aurah.

The final opinion in mazhab al-Syafie is that private parts of a boy or a girl is considered as aurah, and looking at it is prohibited, bar one exception of the mother during suckling period until the end of tarbiyyah according to Ibn Qattan’s opinion. See Nihayah al- Muhtaj (2/193) and Tuhfah al-Muhtaj (7/196)

Third, the issue of exposing aurah for medical purposes in front of non-Muslim doctors

If it does not fall under desperate or exigent situation, then doctors of the same gender should be prioritized because aurah with the same gender is lighter than with different gender. However, if it’s an exigent or desperate situation, what is originally prohibited will be permitted. Desperate situation is not only when destruction or failing in treatment has happened but even when the feeling of fear for destruction or failure in treatment is considered a desperate situation. Hence, in accordance to Maqasid al-Syariah, one of it is the protection of life, Shafiites fuqaha hold the opinion of prioritizing the doctor’s expertise rather than the gender or religion.

The following are the conclusions that can be drawn for this problem:

May Allah gives us understanding in practising His religion. Amin.