IRSYAD FATWA SERIES 197: THE RULING OF BEING INTIMATE WITH WIFE DURING HER MENSTRUATION 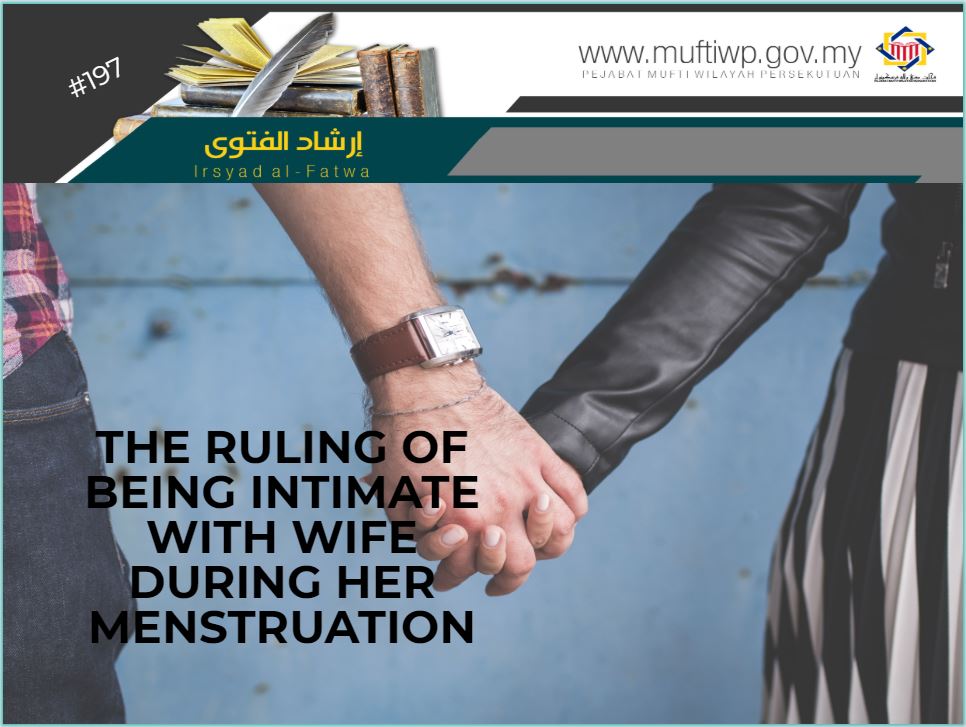 What is the ruling if I hug and kiss my wife during her menstruation? We were both wearing pants and there is some grinding between our private areas. What is the ruling for this? Jazakallah, and thank for answering.

“And they ask you about menstruation. Say, "It is harm, so keep away from wives during menstruation. And do not approach them until they are pure. And when they have purified themselves, then come to them from where Allah has ordained for you. Indeed, Allah loves those who are constantly repentant and loves those who purify themselves."

“When I was menstruating, the Prophet PBUH would order me to wrap myself up (with an Izar, which is a dress worn below the waist) and would start fondling me.”

Syafi’eyyah scholars agreed that it is prohibited for a man to have intercourse with his wife during her menstruation and mubasyarah (being intimate) with lust without any layer in between them, such as pants, cloth, or others. They also agreed that looking without lust at the body parts of wife or husband between the navel and knees is permissible.

However, they have differing opinions in the following matters:

After analysing the above discussion, we would like to state that your actions with your wife is permissible, for there is a separation between the two of you, where both of you are wearing pants even if it is done with lust.

May Allah SWT give us strength to protect and maintain our taqwa.