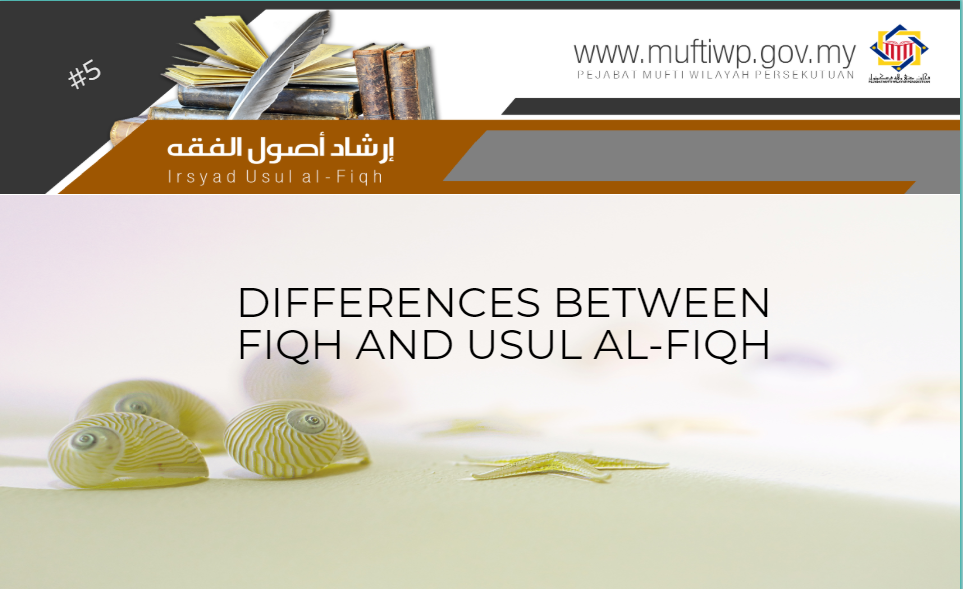 Assalamualaikum SS Mufti. What are the differences between Fiqh and usul al-Fiqh in term of their application in rulings?

The differences between fiqh and usul al-fiqh can be recognized by first understanding the definition of both terms.

Differences Between Usul al-Fiqh and Fiqh

Among the differences between fiqh and usul al-fiqh are as the following:

Second: Fiqh is a knowledge of Shari’a rulings in the context of haram, wajib, Sunnah, makruh as well as mubah (permissible). All of these are extracted from dalils which are tafsili while taking al-Kitab and al-Sunnah as the sources.

While usul al-fiqh is a set of formula which guides a faqih on the obligatory path to be taken in extracting the rulings from the dalils.

While issues concerning usul al-fiqh is on dalils which are kulliy (ijmali). So, an usuli concerns on qiyas and its mechanism, issues pertaining the general verses (‘Amm), imperative commands (al-Amr), mutlaq (the absolute), muqayyad (the qualified) and etc.

Example of the Differences between Usul al-Fiqh and Fiqh

Based on the stated verse, a faqih will concern on the actions of a mukallaf which (in this context) is prayer and its ruling upon a mukallaf.

While for an usuliy, his concern is on the verse itself whether it is an imperative command or not, then he decides on a legal maxim:

Hence, a faqih uses the method or formula (legal maxim and etc) established by the usuliy from the past by stating: The ruling of performing prayer for a mukallaf is wajib.

To end, may this explanation help us in understanding the differences between fiqh and usul al-fiqh. Ameen.