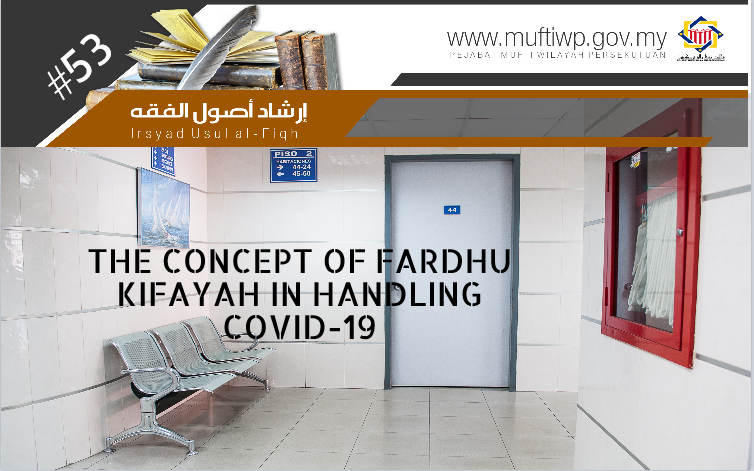 Imam al-Rafi’e said fardhu kifayah are kulliyyah (general) matters related to the maslahah of the religion and worldly matters which are commandments in syarak. However, the commandment is not specific for every individual like fardhu ain, however, the commandment and obligation is for all mukallaf generally (kulliy). (Refer Al-Tahbir Syarh al-Tahrir 2/875)

According to Imam al-Isnawi, it is named as fardhu kifayah because it is to be performed by a group of mukallaf and this is sufficient to fulfil the commandment of maqasid by syarak and enough to free others from the sin if it is not performed. (Refer Al-Tamhid pg. 73)

Some scholars such as Abu Ishaq al-Isfarayini and Imam al-Haramain al-Juwainiy are of the opinion that fardhu kifayah has a greater impact compared to fardhu ain. The reason is the implementation of fardhu ain is a responsibility on a person, while the implementation of fardhu kifayah is a responsibility on the person and ummah as a whole. (Refer Ghiyath al-Umam pg. 358 and Al-Tahbir Syarh al-Tahrir 2/882)

Among the examples of fardhu kifayah is the obligation to learn. Allah SWT states:

“And it is not for the believers to go forth [to battle] all at once. For there should separate from every division of them a group [remaining] to obtain understanding in the religion and warn their people when they return to them that they might be cautious.”

Likewise, for the obligation of the management of a deceased by the general public. Imam al-Syafi’e said: It is an obligation on the people to bath, pray and bury a deceased. It is impermissible for them to leave or neglect it generally. Fortunately, if even a part of the society fulfils it, then it is sufficient for them, inshaAllah Ta’ala. (Refer Al-Umm 1/312)

Imam al-Ghazzali said: Indeed, the field of medicine, mathematics, agriculture, weaving and politics are a part of fardhu kifayah and even cupping and sewing is included as fardhu kifayah. (Refer Ihyaa’ Ulum al-Din 1/16)

“If a wajib matter is incomplete without another matter, then the other matter also becomes wajib.”

The same is stated in another maxim:

According to Sheikh Ahmad al-Raisouni, the concept of fardhu kifayah is actually based on the principle of ‘al-Ta’awun ‘ala Al-Birr wa al-Taqwa’ which means cooperation in goodness and taqwa. Allah SWT states:

“And cooperate in righteousness and piety, but do not cooperate in sin and aggression. And fear Allah; indeed, Allah is severe in penalty.”

Basically, the obligations of fardhu kifayah is none other than matters that will lead to benefit or goodness for people in this world and the hereafter and it cannot be achieved by an individual or several individuals separately; for fardhu kifayah can only be achieved through collective cooperation in a society. (Refer al-Kulliyyat al-Asasiyyah li al-Syari’ah al-Islamiyyah, pg. 122-123)

From this basis, the ruling of fardhu kifayah should be understood according to the collective cooperation framework among people to achieve the benefit in this world and the hereafter.

In our current context, an integrated collective cooperation is crucial in handling the COVID-19 pandemic that is a growing concern today. Surely, the frontliners are working hard in order to contain and resolve this issue and they consist of medical personnel from doctors, nurses to all the staff at the Ministry of Health (MOH), of which their work in the field of medicine is a commendable fardhu kifayah commandment according to syarak.

Furthermore, other frontliners such as policemen on duty posted in public places are not forgotten for they are those who work day and night ensuring the restriction on movement order is implemented correctly.

However, cooperation from the general public is needed to ensure the success of the policy and the effort of treating and preventing the spread of this pandemic, by obeying all the orders issued by the government as well as not inciting panic that could disrupt the duty of officers. Without the cooperation of the public, it will be impossible to achieve the objectives of the policies and rules set.

“Policy and action of a ruler on his subjects is bound with the maslahah (and mafsadah),”

Imam Ibn Hajar al-Haitami al-Syafi’e said: It is not wajib to obey a ruler (al-Hakim) who does not lead towards maslahah ‘ammah (public good). Thus, it is understood through mafhum mukhalafah (converse meaning), obeying the orders of a ruler which leads to maslahah ‘ammah is wajib. (Refer Tuhfah al-Muhtaj 3/71)

Hopefully, this explanation will give us all understanding in living according to the real framework of Islamic Shari’ah. Amin.