AL AFKAR 80: THE ABUNDANCE OF WEALTH IN THE END OF TIMES 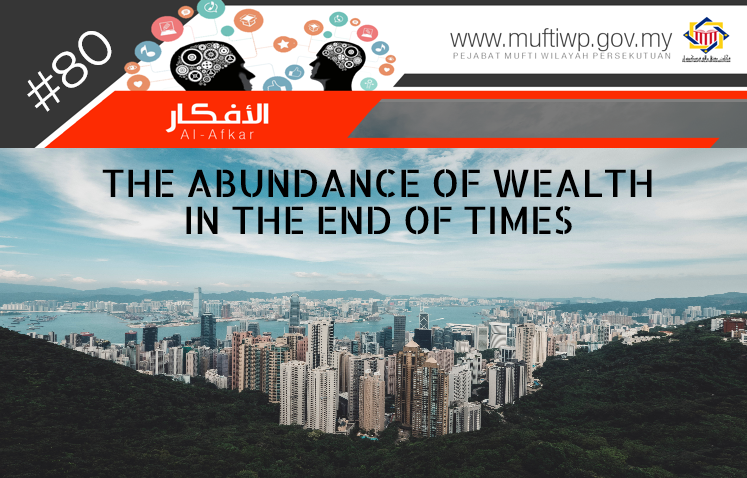 Assalamualaikum SS Datuk Mufti. I once heard that during the end of times, there will be such an abundance of wealth that it will be hard to find anyone who will receive charity. When will this happen?

In answering this question, we will stat with the hadith from Abu Hurairah RA, where the Prophet PBUH said:

“The Last Hour will not come till wealth is abundant and overflowing, so much so that the owner of the property will think as to who will accept Sadaqa from him, and a person would be called to accept Sadaqa and he would say: I do not need it.”

While in a hadith narrated by Abu Musa RA, the Prophet PBUH said:

“There would come a time for the people when a person would roam about with Sadaqa of gold, but he would find no one to accept it from him.”

There was a time during the rule of Caliph ‘Umar bin ‘Abd al-‘Aziz when there was an abundance of wealth that not a single person in his time who would accept sadaqa (donation/charity). (See Asyrat al-Sa’ah by Syeikh Mahir Ahmad al-Sufi, pg. 143)

However, the nearest opinion regarding this matter is that it will happen during the time of al-mahdi and the Prophet Jesus AS. The reason is this is when there will an abundance of wealth and the earth will release its treasures. (Also see Asyrat al-Sa’ah by Yusuf bin Abd Allah bin Yusuf al-Wabil, pg. 81-89)

We end this discussion with the following supplication: